A teacher in a primary school wanted to create an authentic persona for a Polish Doll because some of the parents were experiencing prejudice and antagonism. As she had little in-depth knowledge she decided to interview the parents of the Polish children in her class. 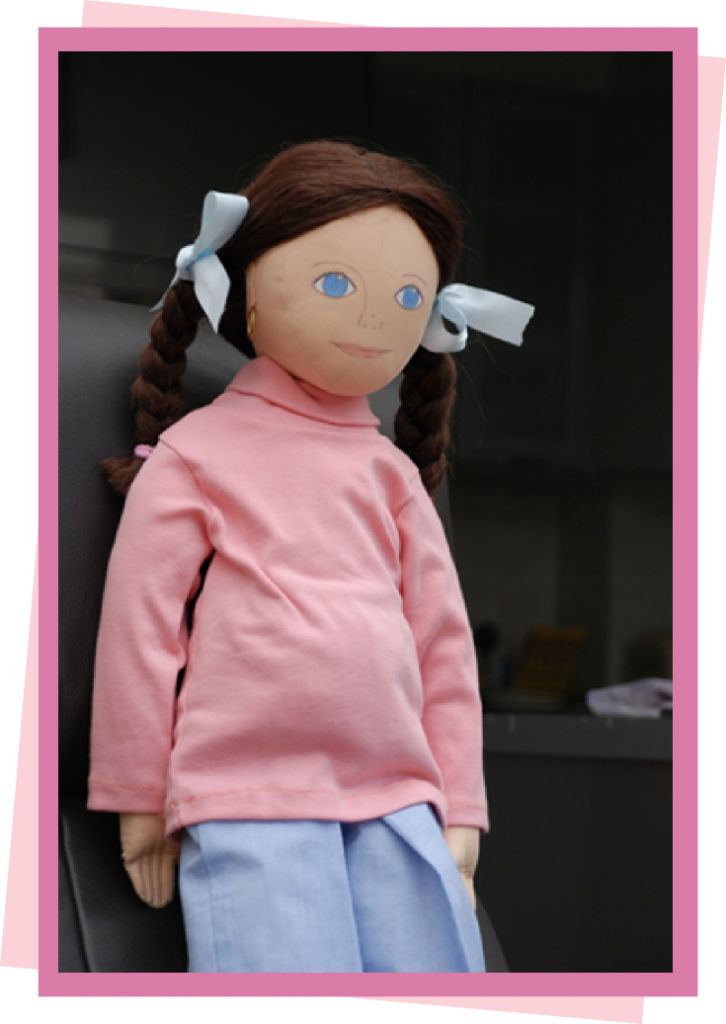 From the various responses she created this persona:

Beata aged 8 lives with her mum Olga, dad Lech and one year old brother Janek in a small modern house with an even smaller garden.

She shares a room with Janek. Beata has no pets but would love a dog like she had when she lived in Poland.

In those days their home was in a village so there was lots of space for dogs to run around in. Beata’s grandparents still live there. She visits them in the summer holidays.

Beata calls her parents Mama and Tata. Dad is a carpenter. He came to the UK first and about a year later Beata and her mum joined him.

Janek was born here. Mum was a teacher in Poland, but now works at home cleaning, cooking, doing the washing and looking after Janek and Beata.

The family speak Polish at home. Beata goes to Polish school on Saturdays where she reads, writes, does art and craft and learns about Polish history and geography. She feels very proud to be Polish. She and her dad both speak English better than mum does. Beata finds writing in English quite difficult.

Beata’s family are Roman Catholic and they attend the Polish church. Beata’s favourite Polish festivals are Children’s Day on the first of June because she and Janek get presents and mum cooks a special dinner. St Nicholas Day is on the 6th of December. St Nicholas, dressed like a bishop, comes at night and hides small presents in the bedroom of good children. If they have been naughty he leaves a stick. Beata makes sure she’s very good. She looks forward to December, because that’s when her grandparents also visit.

Beata likes her new school especially her teacher, doing maths and playing hide-and-seek in the playground. At home she enjoys dressing and undressing her Barbie doll, drawing, reading and watching TV and going to the cinema. She doesn’t like barking dogs or Janek crying and waking her up at night.

When she lived in Poland she loved playing with friends in the forest; paddling in the stream behind her house; and in winter building snow people and sliding on the ice.

The teacher asks the children how they think that made Beata feel.
This is what they suggested: