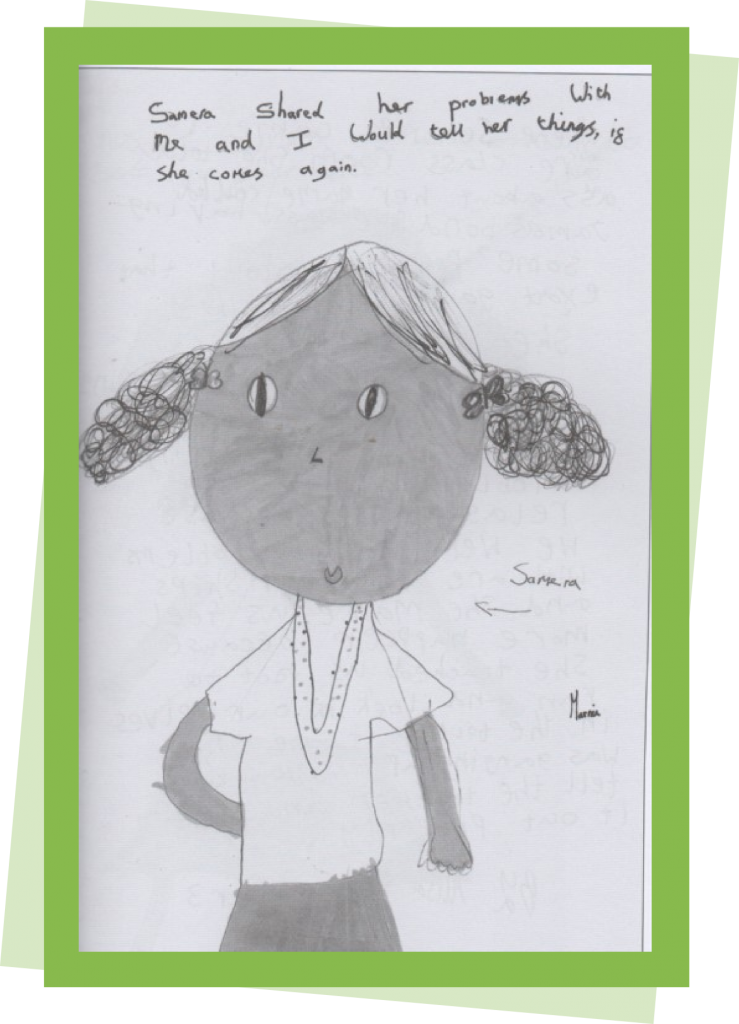 A teacher in a year three class in a London school used their Persona Dolls, Samira and Isaac as learning tools. She told the children that Isaac wasn’t well and wouldn’t be visiting them for a while.

She asked if they would each like to design a get well card. They responded enthusiastically and were thrilled when a thank you card arrived in the post. It was read over and over again.

They were interested to learn that Samira came from Bangladesh. They were encouraged to look at a map to see where it was, and at books to find out about the similarities and differences between where she lived in Bangladesh and London.

They were most interested to know what food Samira ate when she lived in Bangladesh and if she ate the same food in London. Most of the children had never heard of Bangladesh.

Maths was a problem for some of the children.

The teacher told a story about Samira who was sad because she wasn’t very good at maths.

One of the children said, “I feel like that” and later remarked, “Samira’s feeling all scared that she’s going to get her maths all wrong.”